skip to main | skip to sidebar

After The Wall went up in 1961, many East Germans did more than fantasize about getting across the border to freedom, they pooled their resources and creativity and developed plans. Most were unsuccessful but hundreds did make it to West Germany.

At first the wall was simply barbed wire, but too many found a way through, including border guards. East German generals estimated that over the years, at least 2,000 of their guards defected to the west. 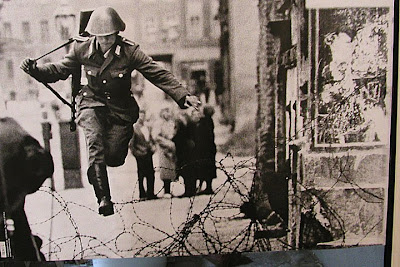 In this famous photo, a young officer, Conrad Schumann leaped over the wall in full uniform. (Click photo to enlarge.) And then there was the group of officers who escaped by crashing through the barricade in an armored carrier. Eventually changes were made to the wall so that it was much more difficult for even guards to escape.


Citizens of the east were quite ingenious and crossed the border in several different ways. Some went right through the checkpoint crammed into suitcases, for example. 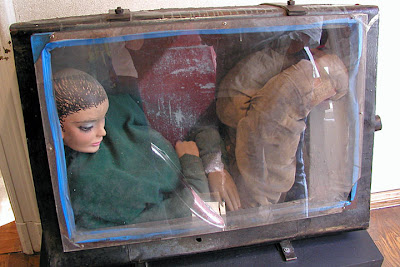 Sometimes, two suitcases were joined together, side by side, but connected with a secret opening between, allowing more space for the person. 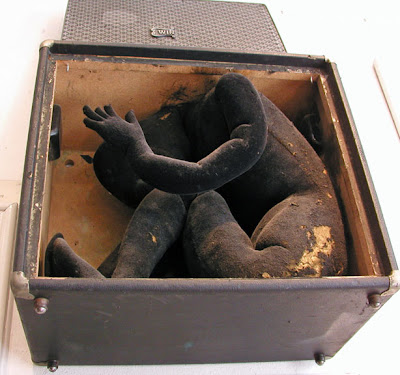 People were smuggled in various containers, such as the speaker box, above. Others sneaked through the border clad in knock-offs of East German uniforms that they had made themselves.

Many went under the border, crawling through underground tunnels. 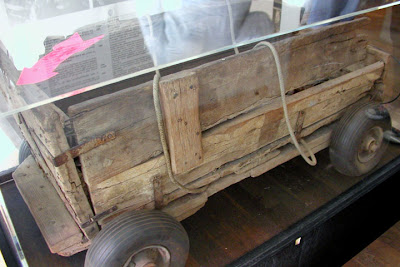 The cart above was used for hauling soil out of a tunnel. And of course, disposing of the soil was a challenge: Where does one store dirt without raising suspicion?

This clever fellow swam underwater with a mini-submarine, his own invention. Our hero, Bernd, 28, traveled just under the surface of the water, being pulled along at 3 mph, from the north coast of East Germany across the Baltic Sea to Denmark. 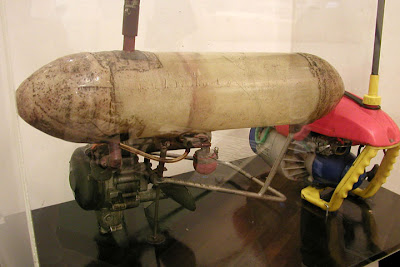 Here is his original vehicle. 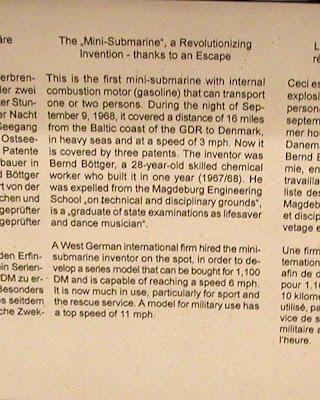 Above is the museum scoop about Bernd and his mini-sub. As the story goes, our hero was hired on the spot by a West German manufacturer. 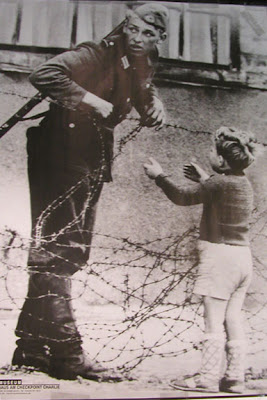 And yet, in the midst of the pain and evil, were pockets of goodness and acts of mercy. Don't you just know that this guard helped the little fella across?

Well, dear blog readers, thank you for joining me for this quick overview escapes. The best story is yet to come. It has been called the Escape of the Century. It's how two families managed to sail over the wall.

this was extremly helpful for my witness to history project in s.s. thanks a bunch

Oh, I'm so pleased that this post was useful to you. Such interesting history, it really is! Maybe one day you'll have the chance to visit Checkpoint Charlie and the museum there. I could go back a 3rd time. Thank you for your note - and best wishes with your studies!

May I Recommend: A Few Favorite Posts